Why Bots are the Next BIG Thing in UX

I already wrote a whole article on how can you create chatbots without coding experience. As I dug deeper I saw that this topic is far from done. It has so much to offer and it’s interesting to witness a new technology arise.

When the Internet was still a newborn, those who reacted in the early stage are the biggest players out there now. Jeff Bezos visioned the Amazon while driving from New York to Seattle. The little garage business he launched in 1994 turned out to be a ground breaking achievement. Uber, Airbnb, and much more have proven that great ideas that are emerging from the IT sector can shape the world.

From this article, you will learn about the basics of bots. You’ll get answers to questions such as:

What are bots and where do they come from?

The term has gained different meanings over the years. In the Gaming industry, they appear as “AI” characters that do certain things for the user. Botnets are multiple hijacked computers in the hands of hackers and they can do certain tasks such as send out spams. My short version would sound like this:

“Bots are the new revolution that WILL re-shape the way we think about customer experience.”

Bots are everywhere nowadays. However, they aren’t new at all. This might sound sci-fi but they have been around us since 1966. Joseph Weizenbaum, a German-American computer scientist, wrote ELIZA a therapist-bot It was lacking intelligence, but it could ask certain questions such as: “How does that make you feel?”

Modern bots can do the same; however, they do so in a more sophisticated and intelligent manner. They come in all kinds of forms for different purposes. First, you have your simple chatbots. They appear in your favorite messaging apps such as Messenger or Skype; they can also be very useful if you want to automatize your business or make a purchase, book a flight, etc. By means of these chatbots, the above-mentioned actions take significantly shorter time.

Then there are the personal assistants like Siri and Cortana which seem to be the goal for many developers. Amazon’s Alexa even has its own little hardware and uses voice communication. Mark Zuckerberg has even set up a personal goal:

“My personal challenge for 2016 is to build a simple AI to run my home and help me with my work. You can think of it kind of like Jarvis in Iron Man.

I’m going to start by exploring what technology is already out there. Then I’ll start teaching it to understand my voice to control everything in our home — music, lights, temperature and so on. I’ll teach it to let friends in by looking at their faces when they ring the doorbell. …” — Mark Zuckerberg

Regardless of the level of complexity and the purpose of them, one thing is common:

they are new user interfaces, a new ways of exposing services through conversation.

This also means that these aren’t the actual services.

Why do we need them in the first place?

We have beautiful responsive websites that scale well on multiple platforms. We have apps for all kinds of tasks, so why not just use them?

Here is the thing:

In the last couple of years not only the software industry has changed but also the expectations of the users. User experience designers try to keep up with the ever-changing user behavior and adapt new technologies in order to meet the user’s requirements and deliver a pleasant and convenient experience.

The most influential core factors of the development concerning user behaviour:

“Time spent in Social and Messaging apps grew by an astounding 394% over the last year, proving to be the driver that helped mobile achieve its year-over-year time-spent growth of 69%”- Flurry Analytics

In the first section, I have mentioned the best chatbots and personal assistants with their different levels of intelligence. But there are more ways to distinguish them. One way can be the number of users involved into the communication at a particular time.

Direct messaging and personal assistant bots can be considered as such. They offer a single-user, direct communication method. A good example should be Facebook at the moment. It only allows this form of communication between bot and user.

They can be more complex. The main “problem” that designers have to face is the fact that multiple users can communicate with the bot at the same time. While personal bots are limited to one user at a time, some platforms such as Slack implemented the one-to-many method quite well. Another way would be the level of depth or purpose.

Amazon’s Alexa should be considered as a personal bot by being called personal assistant. However, it treats every person in the household as an individual user. The household itself is a team, and the users can “channel” requests. If user 1 asks for a song, Alexa will play it. Then user 2 can ask to lower the volume and if user 3 asks for another song, it will be granted.

Who knows, maybe in the near future it could decide who is higher on the hierarchy list based on the voice ID of the individual.

The biggest advantage of this type is that it can go into every detail of a certain service. If we imagine a travel bot, it can help the user to book flights, offer accommodation based on location, manage a wishlist, or notify on discounts.

As I mentioned above, due to the app saturation, users got bored of installing specific brand apps. This applies, even more, when they wish to contact the brand/domain only every once in a while.

Bots provide brands a new way of engagement while letting the user “breathe”.

They are super indeed. They combine multiple features in one environment. The main benefit is that the user doesn’t have to learn and use multiple bots for general purposes such as getting information about the weather, latest news or to kill time. If we look at Google Assistant this advantage is more obvious than ever before.

Business bots can facilitate certain business processes by offering straight-to-the-point communication and focusing on productivity. The main goal is to get things done in time. It can act as a manager that coordinates different processes, collect information from team members and so on.

Consumer bots, on the other hand, can — and also expected to — be chatty, fun and personal. They can go off-topic and offer activities to kill time in one way or another. This doesn’t mean that they can’t offer productivity. Lark, the coach bot, for example, is designed to keep the user in shape.

“Business bots are designed to get things done in time, while consumer bots are all about entertainment.”

You know how first impressions matter so much in life? When optimizing your website or landing page for conversion the same principle can be applied. Onboarding describes all of those processes that the user goes through in order to get the desired first impression.

When designing the onboarding process, the most common question a user can ask is:

The bot has to be very clear and transparent in order to answer this question. I would like to take a step further and add a small twist.

This is super important, because at the end of the day if it can answer only the first question, there is a high chance that it will end up in the dumpster. So again, the bot must be clear about what it does and explain how it can be helpful.

You can’t expect a user to just figure out everything. Even if a bot is considered to be fairly easy and convenient to use, providing a guidance will reduce the chance of confusion.

If you look at Hi Poncho’s — a funny little weather bot — onboarding process, it demonstrates the tutorial quite well. First, it asks for a location, then –  instead of more questions – tells the user what it is designed for. It predicts and tells the weather at the particular location after it generates additional hooks by asking the user about scheduling preferences. This can lead to future engagements while making things comfortable for the user at the same time.

So next time the user talks to the bot, it should be more like a conversation between friends who know each other.

Bots are everywhere nowadays. However, they’ve been existing since 1966. The way Users adapted to the mobile platform at a large scale, it was getting harder to impress them with the web only. After apps went viral and the ecosystem became saturated, a new way of communication appeared on the market. There are multiple types of bots serving different purposes, but one thing is common. These bots need a proper onboarding process in order to ensure future engagements.

What’s your opinion on the topic? What would you like to read next? Please leave your thoughts and ideas in the comment section below. Also sharing is caring and keeps us motivated! 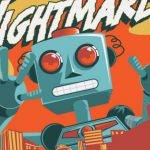